I know, it's been almost 2 months since I last posted but we've been busy finding a house, packing, and moving. Throw in all the other every day stuff and you see why I haven't posted. We finally found a house just down the street from where we were! This house is so great. It's bigger than our old house and has a really nice kitchen. I now have a breakfast nook and formal dinning area (aka the computer and work out area). Mine and Neal's room is huge compared to our former house and Kinsey now has room to play in her room. The first thing we did was paint the living room/dining room area. Eventually we plan to paint all the rooms but the front room needed it the most. We plan to pull the carpet out of the bathrooms and put down tile...why do people put carpet in bathrooms??? Neal will also have to tear down and rebuild the front deck. It wasn't built properly and is not stable. We were almost afraid to move our big freezer across it but thank goodness it made it across. We both have ideas of what we want to do so we'll see how those projects progress.

Here is what Kinsey and I have been up to.....Girl Scout camp at Mitre Peak, Texas and end of school field trip to Ft. Lone Tree (outside Capitan). Kinsey and I went to Girl Scout Mom and Me camp the first weekend of May. We had a lot of fun. There was hiking, crafts, singing around the campfire and even s'mores! Kinsey's favorite part was the hiking. She kept commenting on how much she loves the mountains and hiking. I had to remind her that she lives in the mountains and we do go hiking occasionally. 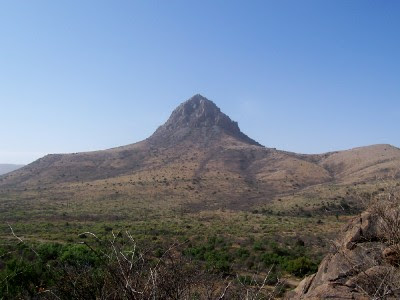 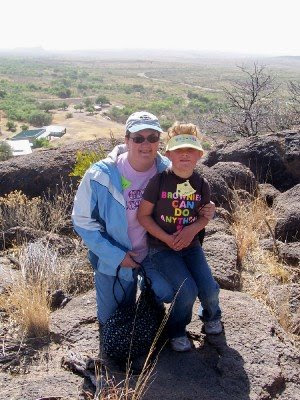 Kinsey and I after we climbed a mountain 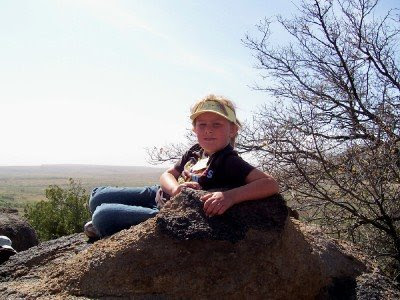 Kinsey on top of the world 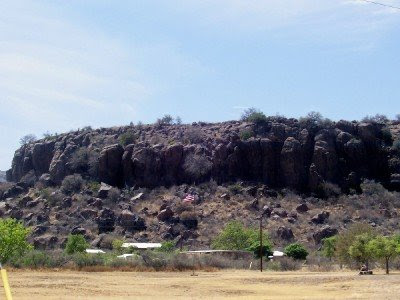 mountain we climbed...notice dining hall and cabins down below 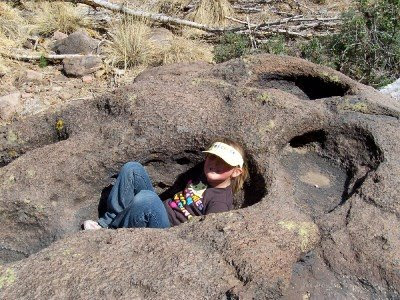 Kinsey in a lava rock bolder. She said it was like a bathtub 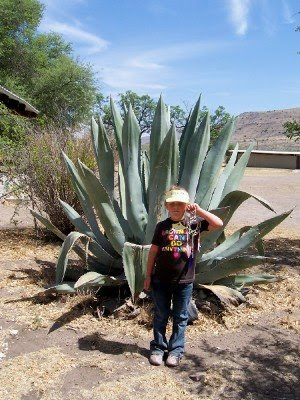 Giant cactus at camp. Kinsey is holding dream catcher she made

On Tuesday, Kinsey's class went to Ft. Lone Tree camp at the base of the Capitan Mountains. They had the chance to do an obstacle course, rock wall climbing, slide down a huge water slide, and go down a zip line. I wasn't totally sure Kinsey would do the zip line because she kind of freaked at GS camp jumping from boulder to boulder but she hooked up and zipped down the line. I was offered the chance to try it but decided to take pictures instead ;-) I had to work for the morning so I only got to see her slide down the big slide and do the zip line. 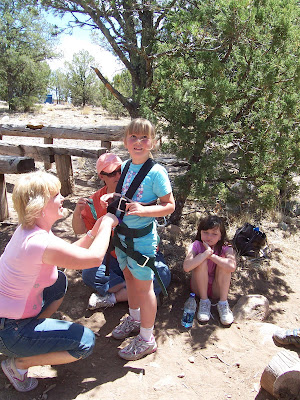 Kinsey getting strapped into harness by Mrs. Rice and Mrs. Young 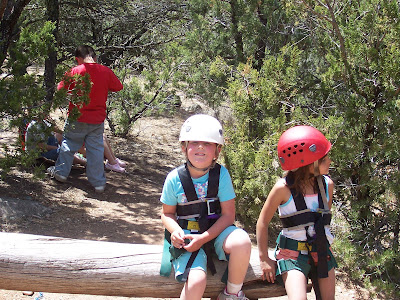 Kinsey waiting for her turn to zip down the line

Kinsey zipping down the line. It's hard to see her and I can't figure out how to turn it the right way. You can really hear the zip line though.

Hi I sure did enjoy your pics. Sure looks like it was a lots of fun at both places. Love you Mama