On this historic election day....

I thought I would share some pictures from the Road to Victory Rally I went to last month. I found out Sarah Palin was going to be in Roswell, NM and managed to snag 2 tickets. Unfortunately no one else was able to go with me so I went by myself. 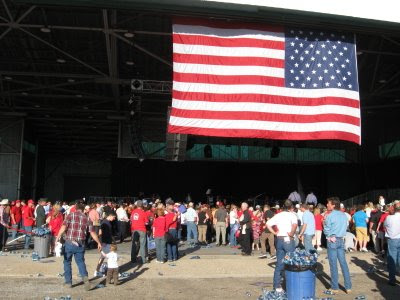 I started out right under the flag then worked my way up closer to the stage. There were around 10,000 people there but I was about 10 people back from the side of the stage. It was so hot that day. Many people had heat exhaustion and had to be carried out. I drank plenty of water and tried to keep cool.

After a few local people spoke they announced there was a special guest....out walked Hank Williams, Jr! Neal was wishing he had gone with me at this point. Hank sang a few songs and talked about the campaign. 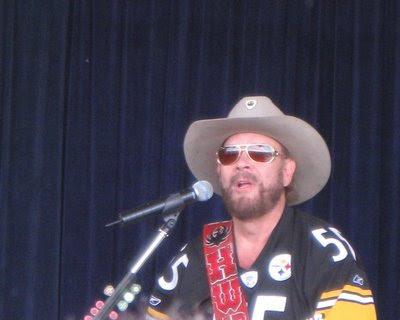 Finally, Sarah Palin's plane landed and out she walked with her beautiful baby boy. After handing him off she came in and gave her speech. The crowd was very motivated and jubilant. 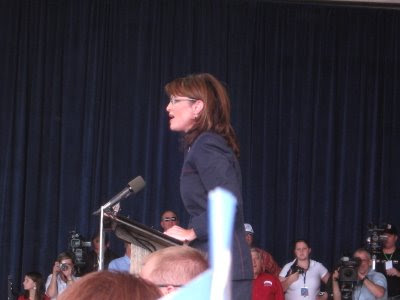 I very much enjoyed this day. I have never been to a political rally and got to meet a lot of interesting people from all over New Mexico and Texas. I was amazed at how far some people had come to go to this rally.
Posted by Brenda at 8:39 PM